Midway between Vence and Grasse, Les Courmettes is situated on the left side of the gorges du Loup. On the opposite side is the Caussols plateau and the hill top village of Gourdon. To the north of the estate is the Puy de Tourrettes, overlooking the Saint-Barnabé plateau.

The rocks in the Domaine de Courmettes are entirely sedimentary rocks, largely limestones, of late Triassic, Jurassic and Cretaceous age and are dated from around 220 million years to around 80 million years ago. These rocks would have formed in warm shallow seas which occasionally dried out entirely. In one area of the domain there is an important outcrop of late Triassic to early Jurassic clays. Fossils have been found in the rocks of the Domaine but they are rare.

Around 40 million years ago what is now Africa started to collide with Europe causing the folding and faulting of the rocks in the region. This collision, which has continued on and off ever since – there are still earthquakes in the region – has given rise to the great mountain chains of the Alps of which the Pic de Courmettes forms part of the southern margin. Although the rocks at Courmettes look as though they have not been affected by this collision, they have in fact been thrust over each other so that the Jurassic sequence is actually repeated. Around 5 million years ago the Mediterranean Sea dried up entirely so that the rivers around its edge cut down deeply, a process which has given rise to the deep valley of the Gorge du Loup. In the western part of the Domaine – off-limits to visitors – is an area of a large landslide which is still slowly moving.

The massive limestone sequences here and elsewhere in the Alpes-Maritimes are absolutely vital for the region because the water that falls here as rain or snow goes down into cracks and cave systems and is pumped out by wells at the coast. The fact that this mountain is part of the great reservoir system for the Côte d’Azur is a good reason why we shouldn’t pollute it. 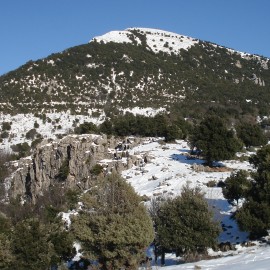 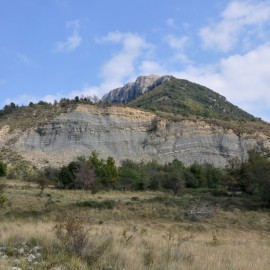 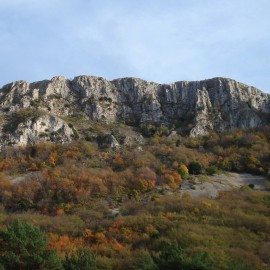 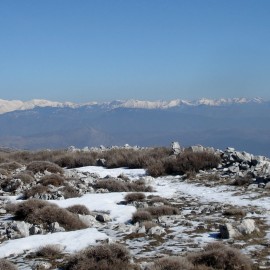 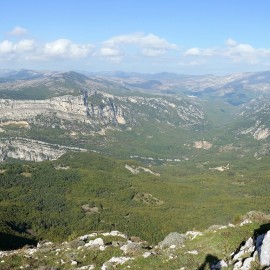 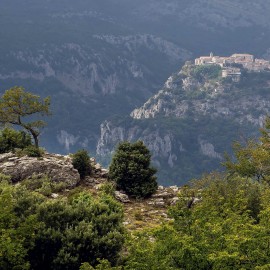